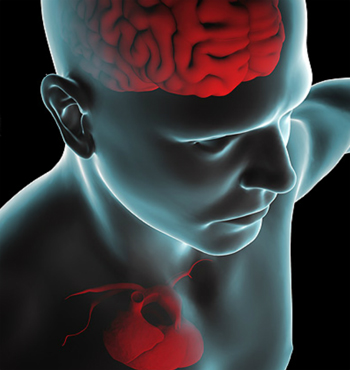 “Ask Omegawave” is an educational series during which we will be engaging in informal Q&A sessions with members of Omegawave’s science team, including Co-founder Val Nasedkin and our Senior Research Scientist Roman Fomin.

“In artificial intelligence, an “expert system” is a computer system that emulates the decision-making ability of a human expert. The Omegawave Expert System was designed to enable coaches to effectively manage their training process based on physiological knowledge about the athlete’s current functional state.” — Coach’s Handbook (Roman Fomin & Val Nasedkin, 2014)

Question: What exactly is Omegawave’s Expert System? How did we develop it in the first place, and how do we use it to establish norms and hone parameters?

Val Nasedkin: First, we have to understand there are different types of norms: there are biological norms, and there are norms that are determined by methodology. What do I mean by that? Let’s say I measure your body temperature—I can compare your number to a biological norm. But you can’t stop there, now you have to answer a more important question if you want to provide a solution for the coach. If you are outside this norm, or on one side of this norm, what does it mean from the standpoint of action? What type of action am I going to take?

Originally, the physiological methods we use were researched by a number of academy professors, including Baevskii and Ilyukhina, and created by different scientific institutions in the former Soviet Union. We started with established biological norms in those methods that were researched with tens of thousands—and in some cases hundreds of thousands—of people in different fields. Our responsibility was to take those existing biological norms and overlap on them the norms for methodological conclusions. So, the norms for methodological conclusions to create our expert system originally came from 2,000 athletes and approximately 10,000 assessments, taken from different stages in the year—pre-season, in-season, competition, and so-on—and their ability to reach certain results. Now it’s been expanded to a much larger number than that, which is why our understanding of methodological norms continues to improve. We are constantly improving our methodological norms for the expert system, even though the biological norms can be the same or very similar to what they used to be.

Q: How can our expert system offer Readiness conclusions without first establishing an individual baseline? How are our Readiness results (based on general methodological norms) likely to differ from results that are generated from technologies that begin by setting an athlete’s baseline?

VN: Our expert system is based on norms established by thousands of people, but of course [the results] are individual to you. Because you within the norm can show a lot less work capacity than me inside the norm. The ability to do physical work can be different, it has nothing to do with the ability to do physical work per se. It has to do with your organism’s Readiness to work at its highest rate, or a lower rate. And that’s based on biological norms.

To answer the second question, let me ask you—what if your baseline is outside our norm? What if that baseline is abnormal? That’s exactly the problem with those systems.

In our case, if it’s going up—away from the norm—it’s bad. If it’s going up, within the norm, it’s good. If it’s going down—where, based on an individual baseline that trend is always bad—in our case it can be good if it was above the norm in the first place, and now it’s descending into the norm.

Q: What is the expert system currently composed of? How many athletes have been assessed and how many assessments is it operating upon?

Roman Fomin: Currently in our database we have tens of thousands of people and about a half-million assessments. Our expert system is not stationary—based on newly generated data the expert system is still developing and we’re still learning. In previous centuries, science was based mainly on little data [holds thumb and forefinger an inch apart]. Now, this is the century of BIG data. We are getting a huge amount of data and information, and we have to even review previous results from the past 20 years because now we can cover more people, different types of athletes from different sports, and so on. Therefore, all of those norms have to be recalculated, re-established, and improved—little by little, day by day, based on our experience, based on feedback from coaches, based on knowledge from different scientific areas, we are improving our expert system. It’s a dynamic system.

The Expert System is based on the following process (utilizing advanced artificial intelligence methods, such as Neural and Bayesian Networks, to implement self-learning capabilities into the Expert System).

Q: How does our Expert System complement a High Performance model?

RF: It’s not just about data—that’s the point. We want to shift this paradigm in which people think of technology as collecting some data and then making a decision just based on data. This is the wrong approach, because data is just a part of information—it’s not a whole. We also have, let’s say, data in our brain… which is our own human intelligence. And we have to use this as well. Data plus our expertise in different areas, such as biochemistry, physiology, and coaching, all sorts of fields, and they have to be implemented. An ideal technology must have these two parts, not just one. Not just data. For example, you could collect data that says I just did 1000 steps. Okay, then what? What are your solutions?

Mostly people are making decisions based on their own knowledge, but their knowledge is very limited because they are not experts in this particular area, they are not experts in the methodology of training, therefore their inferences and conclusions are very limited. Here, we are using our comprehensive knowledge and experience of sport science from the Soviet Union combined with Western knowledge in physiology and genetics and biochemistry. We are trying to merge these, and this combined approach is more useful and more valid.

VN: But of course lots of our own knowledge is driven by data, let’s make that perfectly clear. Because we now have approximately a half-million assessments from all kinds of different sports, and we are friends and acquaintances with many coaches around the world, so even in our system itself, even our norms have changed over the years based on our direct observations and the observations of other coaches and their knowledge as well. Like Roman said—it’s more than just data, but data is a very important starting point.