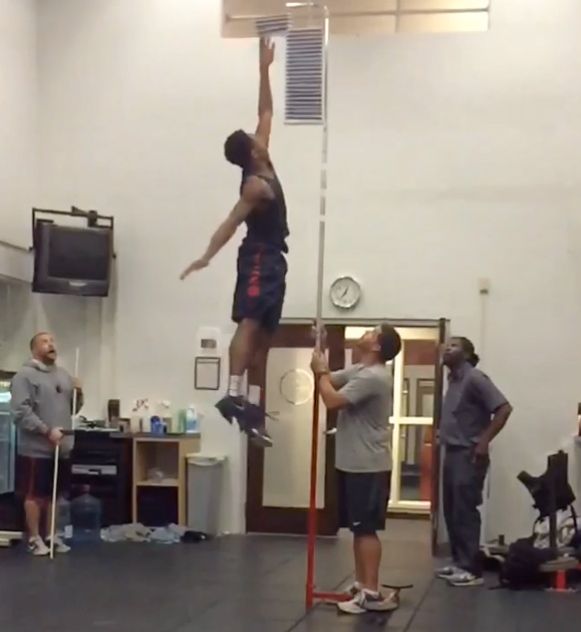 “Coach’s Corner” is a new interview series conducted by Omegawave’s Customer Experience Manager, Tim Rusbasan. In this installment, Tim catches up with Jay DeMayo, the strength and conditioning coach for men’s basketball at Richmond University.

Tim Rusbasan: What training or performance issues did you originally think Omegawave would help you address?

Jay DeMayo: To be honest, I really had no idea. The first time I was exposed to the technology, some things were pointed out about one of my guys that made both of our eyes pop out of our heads. The person running the test told us step-by-step how this kid operated as an athlete, so maybe that’s what I figured we’d do. Sort of pigeonhole them more and work off those specific results. It turns out it’s not that easy, and that there is so much more to it all than that.

I’d also say that I’d assume everyone hopes that they see all the athletes were getting better, and the kids were recovering well, and that everything was hunky dory. In some cases that was exactly what we found. In others, we found the exact opposite. Some of the student-athletes were heavily influenced by what is going on at school, others… well, not so much. It teaches you so much about the kids you work with.

TR: Did anything surprise you about the data when you first started using Omegawave, and if you could go back to this time and give yourself any advice about how to best apply the technology, what would that advice be?

JD: Yeah a few things actually. The first being how different everyone was. We all hear about how we are all “special snowflakes,” but everyone is lumped into the same program because that’s what the paper says we do today. In reality, and I think we all know this, that’s not the best way to do things. I understand some people are limited, but using this tech has taught me that no matter what, Plan B, C, D, and E need to be ready. I’m not saying don’t push the kids to become better and work hard, I’m saying do it at the right times, because if you do, they’ll be able to do it more often in the future.

The second would be that the readings are not an indicator of performance — rather, they are an indicator of what can be handled. What I mean by this is that you can go out and bust PR’s all over the place if you’re “amber” or “red.” This tool isn’t telling me that Player A is going to suck today, it’s telling me that if his HRV is way off the norm and we drill him with a high volume of aerobic work that we might be paying that back for a while and could really ruin some training sessions down the road. Many people have seen the video of our #2 hitting a 45.5 max vert last fall. He was a red CNS at breakfast, but since we were taking an evaluation that day, he wanted to do it with the team. So the kid got hyped up and popped off a ridiculous performance. Which brings me to the third point…

None of these devices are a deity. No matter what people tell you about any of these things, remember, you’re a coach. You have to be flexible to adapt with what the tech is telling you, but also with what the athlete is telling you. The only exception is if the technology is telling you to have the athlete see a physician. If this is the case, I can tell you through real world experience, go. Go that very second, and get the kid checked out.

The last thing I would say comes in two parts. The first being, wait, watch, take notes, and learn about your kids before you start making any drastic changes to programming based on the readings. The second is make sure you’re talking with them constantly about what is driving these decisions. Otherwise, they may not see the actual changes and have no clue what’s really going on.

TR: What has been the biggest advantage of utilizing Omegawave within your “system”?

JD: It’s really simple how we used this to impact our training. Based on our programming it was this simple: Green for HRV and CNS, let’s go as planned. Yellow for HRV and Green for CNS, repeat the same volume as last time but up the intensity slightly from last time. The opposite is the opposite (Green HRV, Yellow CNS: repeat intensity keep volume going up). Double yellow is the same workout as last time out, any reds mean decrease that factor, or make a more “drastic” change that could include changing exercises and/or removal of “parts” of the program.