“You’re waiting for your race to start, you’re sitting at the gate, your heart rate’s 100 to 105, maybe 110,” says motocross veteran Mike Hibner, describing the intense cardiac demands of an outdoor motorcycle race. “As soon as you hear start your engines, your anticipatory heart rate is anywhere from 120 to 140, before the gate’s even dropped. Once the gate drops, you’re at your max heart rate within a minute. Within a minute I’m up to about 170 to 175 and staying at that heart rate for a good 15 to 20 minutes, until the race is over. You’re maxed out—literally.”

Winner of the 40B Division (top amateurs aged 40-49) in this past June’s Mammoth Motocross Race, Hibner brings an extensive background to understanding the human body and the dirtbike: a degree in Exercise Science, a detour devoted to powerlifting and bodybuilding, and a professional career that turns on his facility with biomechanics and innovative fitness equipment.

“A lot of people go how could that sport be so hard? The motorcycle’s doing all the work,” Hibner continues, addressing a common misconception of a sport that researchers and participants recognize as one of the world’s more physically demanding disciplines. “But this is full-body—it’s very important to have a strong core. A lot of guys that are at the elite level of this sport basically train like a high-level triathlete. They’re high-end endurance athletes, but you have to have the strength to control the bike. It’s basically a twenty-minute MMA match or a twenty-minute wrestling match—you’ve got the G-Forces of the bike through the corners, you’re trying to keep the bike balanced as you’re accelerating and decelerating rapidly, keeping the bike level over the jumps… that’s what spikes the heart rate.”

Riding the choppier grades and natural terrain of an outdoor motocross course, Hibner spends less time airborne than the steep-jumping stadium riders of Supercross or the aerial acrobats competing in Freestyle, but similar to combat sports, in outdoor motocross the risk of impact injuries remains high. As he set his sights on Mammoth—one of the most highly-regarded and longest running races in the U.S., with a history dating back to the late 1960’s—Hibner didn’t simply need to train for the grinding physical exertion or the lung-busting challenge of competing at altitudes topping 8,000 feet: he had a streak of injuries to overcome.

“I won this race in 2009, when I was 41, and since then I’ve had my L-5 S-1 (or my lumbar spine) fused, I’ve gone through two broken arms, a couple years off the bike… so this was a comeback year,” Hibner says. “And I turned 48 the week after the race, so I’m much older, I’m at the higher end of the age group. It’s a big difference—you’re a lot stronger when you’re 40 versus 48. So trying to come back and train smarter, knowing that I can’t train harder than these younger guys, coming back from major surgeries, coming off of a lot of big injuries, you just have to train smarter.”

In that effort to “train smarter,” over the past two years Hibner has embraced a tandem of monitoring technologies, using the Polar V800 to monitor his active heart-rate, daily calorie count, and time sitting versus standing, while also using the Omegawave Personal with CNS to guide his training and recovery.

“I always overtrained in the past—you just keep thinking I need to be more fit, I need to keep pushing it, keep pushing it, keep pushing it, and it’s very easy to get tendinitis in the elbows and the knees in this sport, your lower back gets very sore, and then you go hop on your mountain bike or your road bike or you run, and you keep hammering yourself all week. By the time you get to the weekend you’re worn out again—it’s that constant injury cycle or overuse cycle,” Hibner says. “So that’s where the Omegawave really came in this year training for this race—I just followed it to a ‘T.’ Whatever heart-rate zone it said this is where you need to be, I made sure that’s where I stayed that day. I didn’t go over it. If it said my nervous system was overtaxed, I did more recovery work, more massage work, Epsom salt baths, more stretching, more meditation, more relaxation to try to get that central nervous system back into the right zone.”

Hibner kept a particularly close eye on the functional state of his central nervous system: amid the grueling aerobic and anaerobic demands of the sport, he also needs to maintain the skill and dexterity to throttle, steer, balance, and react at high speeds while battling fatigue. Not only that, but like most age group triathletes and amateur endurance athletes, Hibner has to juggle his athletic pursuits with the full-time rigors of a regular job and family life.

“To me, the CNS scores—because I’m in sales and I travel a lot, I’ve got a lot of daily stress—that score was actually more important to me,” Hibner says. “Probably the biggest thing was the confidence level it gave me when I would check my scores before a practice or a race. Because I had followed it all week and knew a pattern of when my CNS would be lower from overtraining or stress from work, I made sure that towards the end of the week I adjusted everything and worked hard on my recovery so that I would ensure I had a good CNS score going into race day. It would validate that what I was doing to get ready for the race was the right thing to do. And it gave me more confidence that, okay, it’s going to be a great day, because, look, I did the right things and my scores are high.”

In addition to tracking the trends in his CNS scores and sticking to his target heart-rate zones, Hibner also used Omegawave’s Metabolic Index to monitor the effect of recent changes in his diet. Raised during the 1970’s heyday of motocross, Hibner grew up racing Bicycle Motocross (BMX)—later, however, the musculature and bulk he put on during his bodybuilding/powerlifting phase proved ill-suited to racing motocross as an adult. The recent run of injuries compounded the challenge of staying at an ideal riding weight, with Hibner sticking to a low-carb diet for nearly a decade—until a new nutrition coach advised that his body needed more carbohydrates to adapt to the highly aerobic nature of his training.

“The low-carb fad has gotten to be so strong that I was closely measuring carbs, but as I added more carbs back into my diet, it helped my central nervous system’s ability to recover. You’re so afraid to eat carbs, and now here I am eating them and I’m actually losing weight and I’m recovering better—it’s helping my recovery scores, and the Metabolic scores too. After getting the bulk off, my weight had crept back up to about 215, but once the weight started dropping, so did my resting heart rate. [Omegawave] helped guide me on my training, but it also validated that all the things I was doing were working to help improve my overall fitness.” 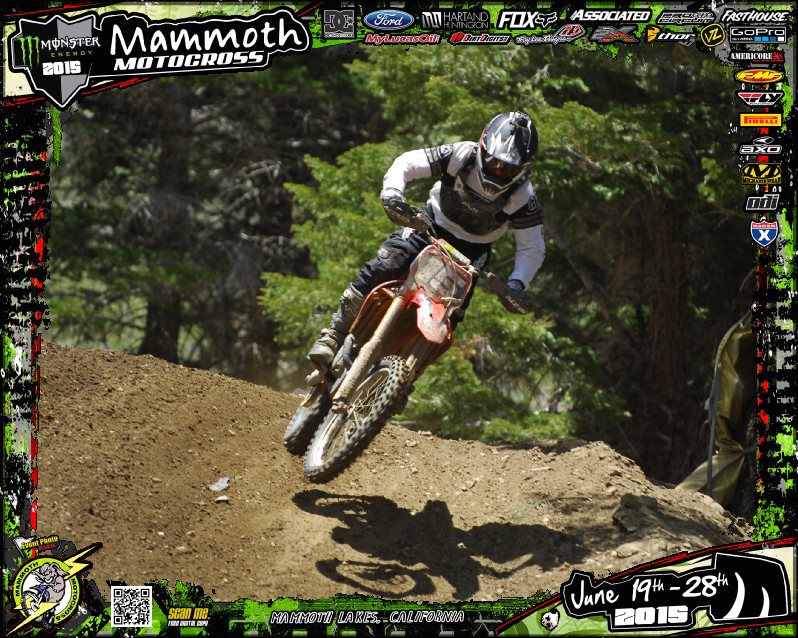 “[Motocross] is the perfect combination of man and machine. And you’ve got to be able to control that machine when you’re completely gassed, at the highest end of your threshold,” Hibner says, discussing the concerted effort he put into strengthening his knees, core, and rotator cuffs, along with total-body cardiovascular work aimed at minimizing ‘Arm Pump,’ a circulatory hazard that sporadically strikes athletes late in a competitive ride as they succumb to fatigue, dehydration, and stress: blood pools like concrete in a rider’s forearms, making it frighteningly difficult to operate the throttle, clutch, or brake.

“That’s where being in shape comes in, that’s where being able to control your breath comes in… ironically, a lot of people think you ride a motorcycle by hanging on to the handlebars and turning it. But the best guys usually have the strongest legs and core. You want to keep your center of gravity low, and you squeeze the bike with your legs. That’s how you hold on to a motorcycle. If you’re holding on by the handlebars… you’re not going to last very long.”

Longevity remains a key element of Hibner’s training plan: this November he’ll be racing at the 31st Annual World Vet Championships at the Glen Helen Raceway (just east of Los Angeles), and in another year he’ll flip from riding at the senior end of the 40-49 age group to a position on the younger side of the 50-59 class.

“Motocross was really big back in the 1970’s, so it’s not unusual now that the biggest classes at the local races on the weekends are the 40-plus and the 50-plus class,” Hibner says. “These guys, this is their passion too. Some of these guys are real successful in business and their kids are older and their life schedule starts to open up a little bit—then they start training even harder and they get in better shape as they get older. So, I can’t rely on just being the young guy with these guys getting older. It doesn’t end.”