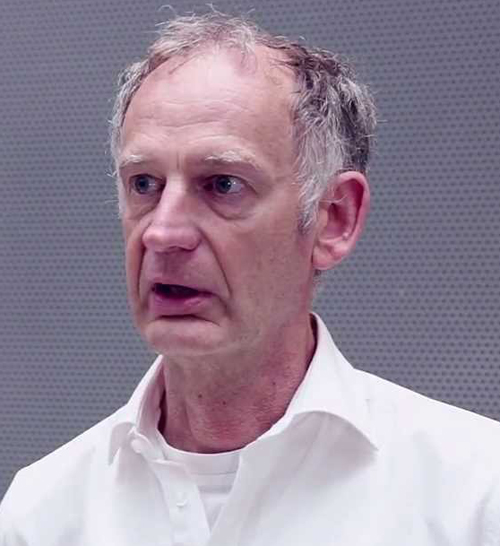 The ANS is a beautiful system, carefully developed and improved during evolution. I’ll keep it short and simple: first the “old vagal system” developed, the system that allowed organisms to freeze or play dead, look at little bugs like the ladybug: what happens if you touch it? It doesn’t start to run faster or to fight since it can’t and it would be futile anyway. It just freezes and it hopes that by playing dead its opponent loses interest. Later in evolution the sympathetic system developed on top of the “old vagal system,” which allowed higher organisms to fight or flee, mobilizing energy resources in order to do that.

And even later another, “new vagal system” developed which became responsible for communication like body language, facial expression and making noises such as talking. So basically the ANS consists of three parts with different functions. But the famous picture we see in the anatomy books makes us think that the autonomic nervous system fires as a whole, activating or inhibiting all vital functions at the same level or in the same direction. Too bad, that just isn’t true, as research shows.

HRV is by far not the magic single measurement telling you everything you need to know  about ANS, CNS, fatigue, shape or fitness. HRV tells you about the status of the cardiac autonomic system only. I have tested more than 5000 different people. And often at the same time also testing other autonomic parameters like heart rate, blood pressure, skin conductance, skin temperature and also EEG. And no, there are no clear relationships between HRV and EEG measurements or DC-potential.

So where does that leave us coaches?

Well, HRV is just another source of information (dependent on the equipment and the correct algorithms used)  about the actual status of the athlete, enabling us to adjust the workload of the next training session to the actual status of the athlete, in order to get an optimal training response. But of course HRV is not enough. Personally I distinguish the different training responses for 8 or 9 physiological “blocks”.

HRV tells us about a part of the ANS. To measure, monitor and control the other blocks, we need other tests. It’s as simple as that. As an X-ray or MRI cannot be replaced by an ECG.

A low HRV reading cannot tell you about your glycogen levels, your testosterone levels, your CNS fatigue. The other way around if your HRV level is high, it just means that cardiac ANS-wise you might be able to train or perform well, but whether the other systems are recovered, HRV does not tell you. In the end you still might have suboptimal training load and training response! Never follow blindly what a singular HRV test is telling you, always take other factors into account as well.

The one “golden test” that tells us everything about the status of all these systems does not exist and probably never will.

Henk Kraaijenhof has worked with elite athletes in many sports. He now works as an international performance consultant in a wide range of fields, including corporations, organisations, military and police. He is an international lecturer in these fields and author of three books. He has used Omegawave technology since 2001, and his company Vortx is the distributor for Omegawave solutions in Holland, Belgium and Switzerland.