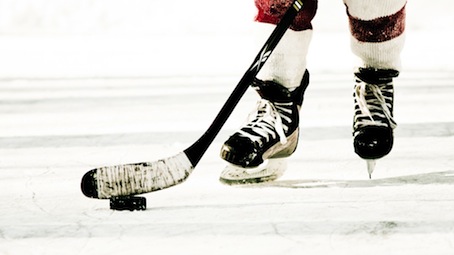 “Think about it,” says Jim Snider, the head strength and conditioning coach for the men’s and women’s ice hockey teams at the University of Wisconsin. “Guys are standing on an eighth of an inch of steel, they’ve got weapons in their hands, and they move at velocities and speeds faster than Usain Bolt. And then they’re also smashing each other into an immoveable object in the boards — so it’s a very unique sport.” 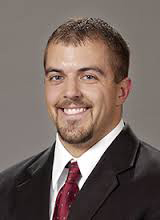 “There are a lot of different stressors that go into effect in the sport of ice hockey,” Snider says. “From a biomotor or training standpoint, the contraction time is much longer in skating than it is in running or any land-based sports. Depending on what you look at, muscular contraction is about four-to-six times longer than it would be in running. When the blade hits the ice, guys are actually trying to produce force over a time period that the blade is on the ice versus just trying to produce a large reinforce-movement into the ground [that] bounces you back off, which is obviously what happens in running.”

For Snider and his student-athletes, staying fit to produce that force is a year-round endeavor. The Badgers’ formal season begins in October and stretches into playoff rounds that — on a successful year — push deep into April. After that competitive grind, Snider and the Wisconsin coaching staff break up their off-season into a pair of macro-cycles. During the first 4-5 week cycle, Snider says “[We] focus on structural balance and body alignment, correcting any deficiencies or overuse patterns that developed from training or the season. That sets me up to prepare their bodies to handle the upcoming ‘intensifying’ macro-cycle, which we consider ‘Off-Season Two.’ That’s our primary time of training, which is about 8-10 weeks in the summertime, where we’re really pushing the limits of preparation and trying to enhance their biological power as an athlete.”

Snider recently returned for a second stint with the University of Wisconsin, after working as the assistant director of Strength and Conditioning at the University of Minnesota. Throughout his varied experiences, the coach continually seeks out new ways to guide his players to their peak potential.

“The biggest thing [has been] learning to pay attention to the stress-adaptation model, which is basically that less-is-more,” says Snider. “Or, I look at it more as a ‘dose and effect’ approach, trying to figure out how to apply a minimal amount of stress in order to get the maximum response. It’s figuring out or knowing when to apply certain stressors in order to get a desired response. That’s more of the ‘Holy Grail of Training’ approach, but I think it’s important for people to think about when they’re dealing with the training process. And that’s obviously where the Omegawave technology benefits us, because you can determine what kind of stressors your program is putting on the athletes and how they’re adapting to it, since every athlete adapts differently.”

Not only does each athlete adapt differently, but working at the collegiate-level, Snider trains players across a broad range of maturity and developmental levels. Recommending that his interns and fellow conditioning coaches consider themselves “stress practitioners” or “adaptability specialists,” Snider’s initial step with each athlete is to locate their personal baseline.

“When any of the athletes come in, the first thing I do is I spend anywhere from an hour to an hour and a half of me just taking them aside and doing an orthopedic-slash-movement assessment to look at how their body functions and how their body moves,” says Snider. “Then we look at different power-output tests and that allows me to build a program for them specifically, so I know what their body needs and it’s not just a one-size-fits-all program. If you adhere to the model of adaptation, everyone adapts at a different rate and speed and everyone has different weaknesses, so I look at the assessments that I do and develop a personalized program based on that individual.”

To execute those programs, Snider incorporates a cutting-edge array of tools and technologies. Despite the challenges posed by indoor arenas, Snider has used GPS during outdoor games and learned that his players skate 3 ½ to 5 miles during a game, with 400-600 yards of that being “high-end acceleration.” The Badgers’ training facility also includes a sports performance lab, with Snider utilizing a GymAware Power Tool, a Leonardo Force Plate, and a Firstbeat heart-rate analysis system. In addition, this season Snider and the Badgers have added the Omegawave Team System to their regimen.

“I’ve been following Omegawave since 2005 and been in contact with some of the original users for a while,” says Snider, “but I’ve only been using the system myself for about 3 months. So far it’s really helped me to identify how guys are adapting to different stresses from the training program or loads from practice and competition, how different recovery modalities are effecting the guys, and [allowed me to] look at which systems are becoming depleted and which systems are compensating.”

Above and beyond his duties at the university, Snider also teams with his wife, Jenna, to offer their combined expertise to the general public via Neuro Explosion, a holistic-based gym in Madison, WI. With the same passion Snider brings to the Badgers, the pair train a range from young amateurs to Olympic weightlifters, providing physiotherapy, hormonal analysis, and nutritional programming.

“Our motto is ‘train like an athlete,’” says Snider. “And everyone is an athlete. So it can be anyone from a layperson who wants to get in shape to some of the professional athletes I work with there. Everybody needs to move and function at a high level, whether that is to be better at their day job, to make better cognitive decisions in corporate, or whatever it may be. We have a long-term athletic development model that we utilize and something we’re really passionate about is developing the youth. [There are] coaches like myself working at the collegiate or pro level when really we should be working with youth athletes, because mom and dad love them to death but mom and dad don’t know what it takes in the training and developmental process. Really we have it backwards — we should have the higher-level coaches coaching youth athletes and mom and dad can coach the professionals, because really all you need to do for them is open the door and let them go.”