Physical Preparation Coach and Consultant Mark McLaughlin shares his experiences with using Omegawave’s technology over the last ten years. The article was originally published on the Performance Training Center blog.

I got into training athletes because I was reading about a lot of catastrophic injuries in local high school T&F athletes. These injuries included a broken femur in a Cross-Country runner, a torn hip flexor in 400/800m runner, and three cases of anemia in girls on the Cross Country running team from one high school! When I played sports in high school and college, these types of injuries were not commonplace. In fact, I cannot remember one athlete I played with that ever had more than a sprained ankle.

Back in 2000, I set out to interview local coaches with the hope of looking more into their training methods but could not find anyone who wished to speak with me. I then ventured out to watch four local high schools during track season and made a few disturbing discoveries. The first was that the majority of the athletes from three out of the four schools had pro-wrap around their shins because they were suffering badly from shin splints. In addition, after the training sessions all the athletes looked visibly worn out. I should mention that I went to a full week of practice for each school so I could get a good look at series of training sessions and just a single example. After this month-long process, I set out to study and learn as much as I could about the physical training of athletes and how I could allow athletes to perform at a high level while maintaining their health and well-being. 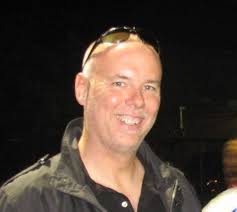 In 2003, I was set to open my own private training facility for athletes and I knew I needed technology that would allow me to test and monitor my athletes to make sure the training was effective, in terms of resulting in the specific biological adaptations desired. During my research at that time I learned about a company out of Eugene, Oregon called Omegawave. After sending them an e-mail, I received a call back from their head of global education and sales, Val Nasedkin, and set up a meeting for the next day. The meeting was an eye-opening moment for me for a few reasons.

First, it quickly became apparent that Val’s knowledge of both training methods and sport physiology was world class and I knew I wanted the opportunity to learn from him.

Second, Val demonstrated that the Omegawave technology would allow me to test my athletes at rest in a non-invasive manner and collect valuable physiological data, including Heart Rate Variability, information on various Metabolic Systems (Aerobic, Anaerobic, and Alactic), and Central Nervous System readiness. Based on this information, I could make daily changes on what exactly the athlete was capable of on that given day and therefore what kind of training and recovery methods would be most suitable.

After receiving my Omegawave unit and going through some intensive instruction from Val, it was time to begin testing athletes and see how this would change the way I went about organizing and implementing training sessions.

The first athlete who joined my new business venture, Performance Training Center, was a young man named Matt Hauck. I had worked with Matt at a high school where I volunteered as a S&C coach and I could see Matt had a lot of physical potential but was constantly injured and never ran times that I felt were up to his potential. Matt had decided he was going to play football at Portland State University as a walk-on and selected me to help him achieve his goal of making the team.

The first time I hooked Matt up to the Omegawave it said, “Passive rest preferred”. He said he felt fine but the Omegawave was telling us otherwise, so we took the advice and had him walk for 45-60 minutes. The next day we tested him again and the same reading came up so we did the same type of training. On the third day his test result was a little better so I gave him a little more work. This went on for the next three months and it was not until the beginning of the fourth month that Matt was able to handle significantly higher levels of volume and intensity.

When Matt did his spring testing at Portland State, his results from having the Omegawave guide his training were nothing short of spectacular. His 40 yard sprint time dropped from 5.10 to 4.43 seconds, his vertical jump went from 28” to 35”, and his standing broad jump increased from 8’1” to 9’11”. After another six months he had increased his squat to 470 pounds and his bench press to 320 pounds at a body weight of just 175 pounds.

The benefits of using the Omegawave really began to show once I began to learn just how much I could individualize not only the training sessions but the recovery process as well. For example, if an athlete was “dominate sympathetic over-reaching”, I was able to advise the athlete that the day’s training should be long and slow, followed by a cold shower instead of a sauna, and to consume alkaline foods such as milk, vegetables, and fruit. On the training side, the Omegawave showed me that each biological system will have its own super-compensation profile. One day the cardiac system might be functioning at a high level but the CNS will be depressed, which would lead me to avoid skill exercises or those demanding a high level of CNS activity and instead focus on aerobic development through specific endurance exercises followed by recovery methods for the CNS, such as sauna or cardiac development work in the 120-140 bpm range.

In March of 2007, I attended a two day seminar in which Val outlined his training philosophy and methods and those eight hours of instruction were instrumental in how I now work with athletes. I came to understand that team sport athletes are essentially born with their skill and my job is simply to develop their sport specific biological adaptations. The Omegawave allows me to determine with considerable precision if the athlete is responding appropriately to the assigned training and if I am therefore accomplishing the selected goal.

Since I opened Performance Training Center in 2004 and began utilizing the Omegawave in our daily readiness evaluations, we have only had a SINGLE injury in the course of training over 700+ athletes during that period. I believe this speaks very strongly to the effectiveness of incorporating the Omegawave into one’s repertoire of training tools and methods.

The key point that one must understand is that performance enhancement can come in many ways and it is not simply about “hard work”, not even simply the right kinds of hard work for a particular sport, event, or position. To maximize performance improvements and minimize the potential for injury and over-training, an athlete needs the right KIND of work at the right TIME and also needs to adjust their recovery methods and nutrition based on their current physical condition.

Based on multiple physiological markers, it might be appropriate to reduce an athlete’s workload or increase the volume of specific training, but unless you know what an athlete’s limiting factors are on a daily or weekly basis you are really just guessing at what type of workout would be optimal at any given time. This means you are not maximizing the results of the athlete’s time and effort and in a lot of cases limiting or wasting their potential (through injury, over-training, etc).

To give one a very brief overview on how the Omegawave actually works, here is what takes place in as little as two and a half minutes. While the athlete is at rest, the Omegawave collects ECG and DC potential through a series of electrodes that are placed on specific points of the body. The information is then processed through the following three methods to complete the assessment.

Once the process is complete, an athlete readiness screen comes up to display the readiness of the multiple biological systems, identifying the ones that are ready to proceed with training and others that might require additional rest and recovery.

I would like to give special thanks to Peter Ingleton for his superb editing of this post.

Over the past 13 years, Mark McLaughlin has trained over 700 athletes from every competitive level, ranging from Olympic, professional (NFL, MLB, CFL), college, and high school athletes. He now works as a private Physical Preparation Coach, in addition to consulting with numerous professional organizations and lecturing across the United States. He has been using the Omegawave since 2003 and considers it to be an essential tool for optimizing the training of his athletes.