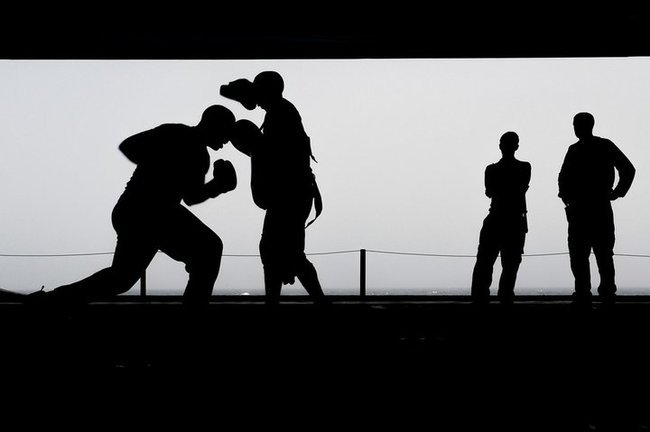 We had a quick talk with Andrey Kozlov, a physical and functional training and physical rehabilitation coach, who uses Omegawave in training top athletes like WBA Champions Denis Lebedev and Alexander Povetkin.

On December 17th, 2012 Denis Lebedev beat Santander Silgado with a knockout to defend his Cruiserweight title. Here’s what Andrey had to say about training for the title fight using the Omegawave system.

Omegawave: Where did you find out about the Omegawave system and why did you decide to use it in training boxers?

Andrey: I followed the advice of my colleague and friend, sports physiologist Roman Fomin. I was mainly attracted by an opportunity to use the latest non-invasive high-tech methods for the assessment of boxers’ functional readiness in the training process, for objective monitoring of their functional status and for post-training rehabilitation. Besides that, an important factor for me was the quickness of measurements using the Omegawave system. The fact that you can assess the functional readiness of boxers before the training or fight in only 2 minutes was very impressive. The portability and ease of use (very few wires; no heavy external equipment) were also important factors for me in selecting the Omegawave system. The ability to track the boxer’s functional readiness dynamics, and quickly adjust the training process based on the resulting data, also contributed significantly to this decision.

Omegawave: What challenges did you face when preparing for the fight, and how did Omegawave help you in solving them?

Andrey: The boxer was about to catch a cold a quite a few times. Using the Omegawave system helped me to timely prevent the boxer from getting sick, thanks to continuous monitoring of his functional status on a daily basis. Besides that, the daily use of Omegawave made it possible for us to avoid the so-called condition of fatigue and overtraining.

If I found significant changes in the boxer’s stress and fatigue level, I immediately made a decision to adjust the amount and intensity of the future loads and rehabilitation measures. These training process changes allowed me to prevent the athlete from overloading, which, in turn, helped avoid injuries.

We monitored and tracked boxer’s status dynamics every day and used the resulting information to adjust the amount and intensity of training loads. The assessment of rehabilitation after training also allowed us to avoid boxer overloading when preparing for the fight. Feedback in the form of reports on the computer screen demonstrated functional readiness changes to me and the boxer in a visually informative way, and the boxer was more enthusiastic about training loads after that.

Andrey: Yes, for sure! I am definitely planning to continue using the Omegawave system in professional boxing and other sports (volleyball, hockey, tennis, motorcycle road racing, etc.).

Omegawave: Thank you Andrey, and congratulations to Denis for the great fight!