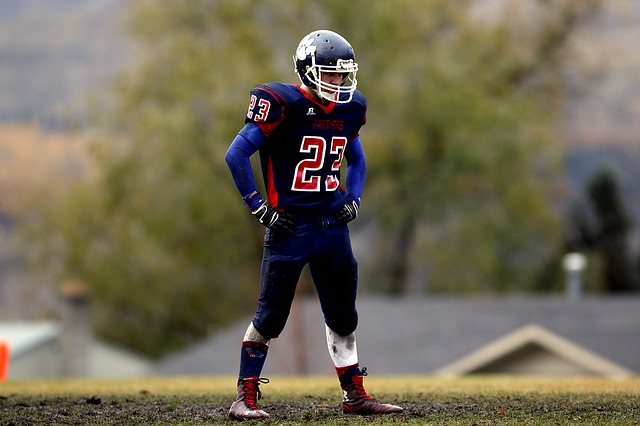 In the National Football League there are many moving parts to organize a team into being at its best for competition. There are brilliant position coaches and coordinators who push the boundaries of preparing schemes to outmatch their opponents, and every year there seems to be the next new schematic concept that will force the rest of the league to have to adjust their thinking. Concepts such as the West Coast Offense, the Zone Blitz Scheme, and the No Huddle Offense are just a few of these examples.

In order to learn these concepts, and the plays that make up the system, the athlete needs significant time of mental preparation and study, and also a significant amount of time spent on the field putting these diagrams into a moving, efficient masterpiece to be executed at top speed under high stress conditions. The easy solution is to spend as much time as possible in the meetings rooms getting the necessary education, and as much time on the field to develop the proper execution by each athlete at every position. However, with weekly competitions that often take 4-5 days to recover from, and multiple other responsibilities, the organizational structure is critical to accomplish all these tasks, and still have each athlete at their optimal level for the upcoming competition. How do we know where to begin with simply the naked eye, or do we just follow the schedule we used last year, or the one the championship team followed last year?

It is known that there are 45 athletes per team that can play anywhere from zero up to over 80 plays in a typical football game. Each athlete will have different workloads and stresses put on them in each contest varying from playing only a handful of plays, to having to play more due to an injury to another player, to being a first year player and getting to start for the first time. When addressing these issues, currently, many blanket statements, superstitions, and assumptions are used in guiding the plans for the upcoming week of preparation for the next contest. It is easy to fall into the trap of prescribing a set number of practices per week at the same intensity level for the same duration, on the same days without looking at any other variables. This can lead to overreaching an athlete early in the season, and eventually desensitizing the body to the stress and pushing the athlete into an exhaustive state. This can be devastating to a team as it will become lethargic, disinterested, and mentally dull as the season progresses. The art is not to allow an athlete to get to this point, once this occurs there is no quick fix as this athlete will take significant time to restore.

I believe that there is a level of responsibility necessary in prescribing high stress work to an athlete in regards to their current performance level, career longevity, and life after football. For example, in the short term, we know that we can have two athletes the same age, playing the same position, for the same amount of plays in a game, that can have drastically different physiological responses to similar loads of stress. It is easy to pass it off that it is a young athlete so he should be fine in 24-48 hours. Omegawave provides us with vital information in which to guide the recovery protocols for each of those athletes and what types of training in terms of intensity and volume should be prescribed and at what time during the upcoming week. Each athlete will have different workloads after each game that will need to be addressed in order to keep that athlete at an optimal level over months of competitions. This information is also helpful when scheduling intensive meetings to learn new schematic information. For example, the athlete who is showing sympathetic dominance in his heart rate variability will also have a challenging task of staying focused, absorbing information, retaining information, and staying on task. It can be a disadvantage if the cognitive process was limited during the week due to poor attention in the meetings, and the inability to make quick decisions on the field due to this insufficient recovery. Again, the prescription is important, but the timing of the prescription is what will ensure the desired result.

In a game where the talent level is so even across the board, in my opinion, it becomes paramount to have your talent more prepared than the opponent. A well thought, well communicated general weekly plan is key, along with the flexibility to adjust for the individuals that the sound weekly plan will not accommodate. That means the order in which you prepare your team for the tactics of the next opponent, the specific technique work necessary for each position to execute game movements, the proper ratio of physical work and recovery, time away from the building for mental rest, and all the media and community requests that are part of elite athletics, has to be created and implemented across the team. All team members must do their part.

I feel that there is only one goal during the competitive season, and that is to have your team at their peak for each competition. There are numerous uncontrollable variables that reside in team sports, we need to become better at managing the variables that are in our control. I would rather have prepared, slightly lesser talent each week, than talent that is exhausted. Omegawave has provided me with the information in order to prescribe what each athlete needs on that day. I have modified my systems from performance training to recovery in order to be prepared for each athlete on a given day. It has educated me, as many times I look back on what I would have done before using Omegawave and realized I may have been incomplete or excessive in my prescription. I know now that I am able to provide the correct protocol for a particular athletes needs no matter what stress load he/she is under due to the scientific data, not guesswork. This aids the adaptation process and allows the athlete to recover and prepare to be at their best for the next competition — that is the ultimate goal.

Jeff Fish is a leading performance specialist who has used an innovative, cutting edge approach to develop some of the most elite athletes in professional and college sports. He is also on the Advisory Board for the Nike SPARQ Athletic Performance Division.