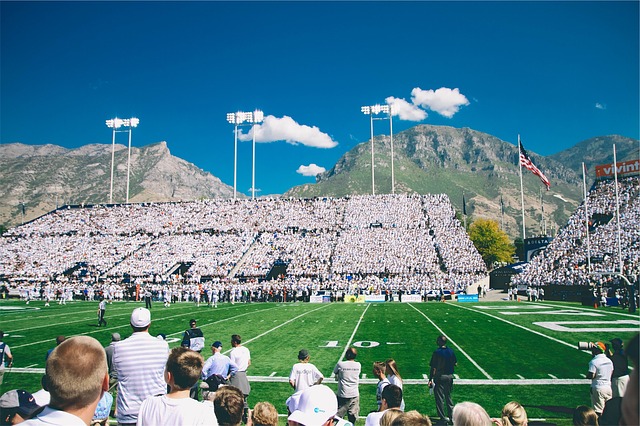 In all sports there are periods of time that take athletes away from consistent training. These periods can occur under many circumstances such as long weekend breaks, extended holiday periods, school or university schedules/dead periods, and in professional ranks, time away after the season and after off-season training. Many of these breaks are necessary in the long term development of the athlete; not just in competition, but also socially and culturally. There needs to be time away from continuous training and practice, and a majority of these periods can be planned for and used for continued overall improvement of the athlete.

The longest periods away from the team, or sport, come at the end of the season and before the start of the pre-season. In American professional football, these two periods are lengthy. After a typical season (excluding playoffs), an athlete can have up to four months where he is not required to be training with his team, and another 5-6 weeks away leading up to the pre-season. These time frames allow an athlete to disconnect from the stresses of the sport and pursue outside activities. It also produces a challenge for the staff members responsible in managing dozens of different individual functional states within their team members upon their arrival for what is typically a significant increase in their workload.

When looking at a returning group of athletes who have had no contact with the team in several weeks, there needs to be a comprehensive evaluation performed to assess their current developmental state, a daily assessment plan to monitor how each athlete is adapting to the increased workload, and a well-planned practice structure that accounts for a gradual increase in workload with flexibility to adjust at a moments notice. This is a vital process in assessing the welfare of the team and individual members. There can be several athletes that are not prepared to participate in high stress activity immediately upon their return to the club.

In terms of an evaluation performed upon their arrival, sport coaches often allow the minimal time to have a general physical exam performed by the medical staff with the goal of getting the athletes to the field as quickly as possible to begin practice. However, this does not include any physical testing in terms of strength, power, anaerobic/aerobic fitness in relation to previous individual norms. There also needs to be daily monitoring to assess each individuals ability to adapt to the stress being provided. Using Omegawave is the perfect tool to help guide the performance professionals and the sport coaches when prescribing the types and amounts of workloads to the team and individual members based on their specific results. In many cases there is a majority of athletes who are competing for their jobs, away from family, and have an overall feeling of uncertainty regarding their professional future — stress is high before stepping into practice.

It is very common for sport coaches to have their practice plans already written in stone with little possibility of modifications — it is up to the athlete to “keep up.” It is my belief that all athletes have a specific value to the success of the team and to put any at risk, when scientific data backs that risk, is negligent. Who is responsible for providing the athlete a fair chance to earn a living, helping the athlete and team to improve, and keeping the athletes safe (within reason in collision sports)? Finally, having a well organized practice structure is key at these times of the year. For example, when athletes are returning for the start of pre-season practice in the NFL, many of these athletes have been away from the city, on vacation, and not participating in specific practice sessions for several weeks.

There are several variables to consider when developing these practice plans. Obviously the top priority for the sport coach at this time of the year is to get as much work as possible in to install the plays and schemes that make up the tactical elements of that teams success. There are hundreds of plays, and variations of those plays, that the athletes must learn during the pre-season, and much emphasis is placed on this parameter. It is common to see practices that take on the same structure with high intensity running, long durations (2.0-2.5 hours), high volume of plays, performed in extreme climates. These practice structures are very consistent throughout pre-season. However, there are many other factors that are important that need to be addressed such as varying intensity levels with a focus on different priorities (technical, recovery, etc.) and using the first week to gradually build into a high work capacity by using science to help guide that process (there are many injuries in the first 5-7 practices that can be avoided with proper planning).

In conclusion, when planning the strategies during these periods it has been my experience to involve those in the specific disciplines that can offer expertise to accomplish the ultimate goal of player performance and injury reduction during critical periods of training — especially when acclimation has been reduced. In a nutshell, the traditional plan of too fast, too specific, too often when initiating practices in these stages where acclimation is significant, can be detrimental to the functional state of the athlete. I believe by careful planning and teamwork, the goal of fulfilling critical parameters of athletic and team success can be accomplished and accelerate overall development.

This is the second article from Jeff Fish in his multi-part blog series. The series dives into training methodology and physiology in the NFL and in general. Jeff Fish is a leading performance specialist who has used an innovative, cutting edge approach to develop some of the most elite athletes in professional and college sports. He is is the former Director of Athletic Department for the NFL team Atlanta Falcons and is also on the Advisory Board for the Nike SPARQ Athletic Performance Division.