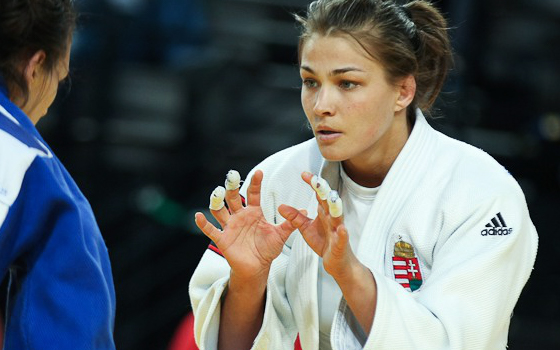 Based in Hungary, Peter Lakatos is a strength and conditioning coach whose personal athletic background extends from professional handball to Brazilian Jiu-Jitsu. As a coach, Lakatos also works mainly with handball players and Judo Olympians, including two top ten competitors from the country, Szabolcs Krizsan and Hedvig Karakas.

Omegawave: Why did you first decide to use our technology?

Peter Lakatos: In a sport with very high mechanical and metabolic stress like Judo, injuries are not unusual, unfortunately. The tournaments are very grueling, and we easily have over 20 competitions per year in an Olympic year. Also, the preparation itself is very hard physically, mentally and even emotionally—plus, all the travelling adds extra stress as well. Addressing the total load of our athletes with the head coach—Peter Toncs—we soon figured out a few things. For example, traditional periodization models can not be used for our purposes, since there is hardly any pre-season for full preparation. Also, at a certain point it becomes impossible to train harder, but we can probably train smarter. This is where Omegawave came into place.

OW: How did Omegawave change your approach as a coach?

PL: Well, the coach knows what work must be done in a year, in three months, in one month, in a week, and naturally on any given day to reach their performance goals. The main question is if the athlete is ready for the work we are trying to apply to them, or adaptation will absolutely be limited due to picking the wrong intensity, volume, or type of exercise. In Hungary you learn very early of Janos Selye’s work, since he was Hungarian, but applying his research into practical work is another thing. Naturally, we use as many resources as possible to create the best plan, but while some forms of data are way too subjective, others are hard to measure every single day (like blood tests). Omegawave quickly became our “go-to” test, since it gave us very good feedback on what kind of training would be the best each day for reaching our goal.

OW: How have your athletes reacted to the changes you’ve made based on your data monitoring?

PL: Traditionally, judokas have gotten used to getting beat up every single training session. With Omegawave, we could significantly lower the total load on the athletes, and we could start to provide them with much smarter training sessions. At the beginning they were kind of suspicious, since the change was obvious—very soon, however, they started to love the new system of training. I personally feel a great deal of responsibility for the athletes we work with, and the “Do No Harm” rule one of our main principles. With Omegawave, we find it much easier to follow this important guideline.