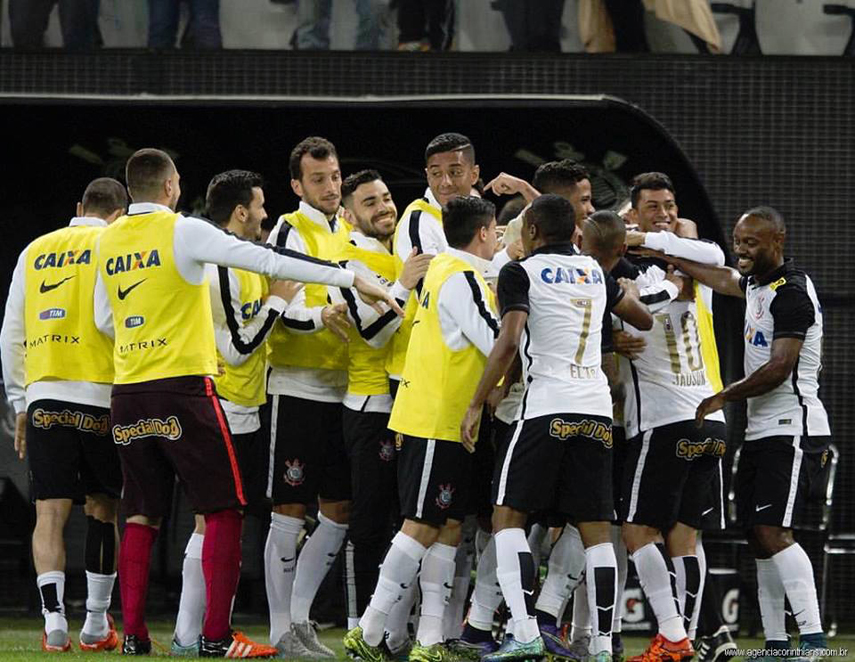 Success is nothing new for SC Corinthians Paulista: formed over a century ago, the elite soccer club has claimed the Campeonato Brasileiro Série A title six times since 1990. Still, playing in one of the world’s most grueling and competitive league, success never comes easy—after rival club Cruzeiro earned back-to-back league titles in 2013 & 2014, Corinthians stormed back to win the league in 2015, in part by managing to stay healthier than their competitors. Incorporating Omegawave into their high performance model was one of the changes Corinthians made this season, and after a November draw with Vasco Da Gama sealed the 2015 league championship, we had an opportunity to speak with Bruno Mazziotti, the team’s coordinator of the Physiotherapy Department and Biomechanics Laboratory.

Omegawave: Which Omegawave system are you currently using with the club?

Bruno Mazziotti: We have the Team solution. We use it frequently to measure our full squad. At first, we started taking measurements 24 and 48 hours after the game to understand the data better and to analyze how players were recovering from the game itself. We were particularly interested in the central nervous system’s behavior and recovery. All players were measured.

We also acquired six mobile units that we gave to selected players so that they could take the units with them and measure at home. The initial idea behind this was to understand which method would be the easiest and most fluid in terms of data collection. We found that in the beginning, it was better to do the measurement at the training center to minimize all sorts of errors and to make sure the players learned how to perform the measurements and thus became more comfortable with the process.

OW: What were your most significant takeaways and experiences from using Omegawave this first season?

BM: During the season, we have seen that the Readiness results have been very accurate and precise. We collect a host of information from each player, including blood samples (Creatine Kinase), thermographic data, and subjective feedback on fatigue levels. Interestingly, we found that very often when players complained of feeling tired, we also saw that in Omegawave’s Readiness results—especially on the central nervous system side. Therefore, we got confirmation that in many cases the players’ fatigue was caused by mental factors and not always a result of physical stressors. However, I must highlight that thanks to Omegawave, we were able to pinpoint the exact source of the fatigue because none of the players were able to do this in the questionnaire. All they were able to say was whether they felt tired or not—but, thanks to Omegawave, we were able to dig deeper than that.

OW: What kind of variations did you see in other functional systems of the athletes, for example in the cardiac and autonomic systems (HRV)?

BM: We definitely saw numbers going up and down on this side too, but for us the biggest indicator of fatigue remained the central nervous system. This was a big revelation and insight for us, since a lot of our training is highly cognitive with lots of skill work and different drills and we understood how important it is to have a fresh central nervous system to be able to get the most out of this kind of training.

In fact, we actually saw a clear correlation with the Readiness of the central nervous system and the number of missed passes on the pitch.

Additionally, another phenomenon we identified was that simple passive rest didn’t always take away mental fatigue like it did for physical fatigue. So players could come in for practice after a rest day, but still show mental fatigue via a lower Readiness level of their central nervous system.

OW: Indeed—mental fatigue can even get worse on “off” days if the cause was related to the athlete’s social or home life.

BM: Absolutely. In fact, with the help of Omegawave our overall athlete treatment/training approach improved greatly. We were able to add more “recovery” methods to our tool box, such as simple conversations with the player to overcome mental fatigue. Thus, our recovery work became more effective and precise thanks to understanding exactly what type of fatigue each player was suffering.

OW: Do you think that the information Omegawave provides is unique in that you didn’t have access to it before with your other objective and subjective tools?

BM: Absolutely. We have a pretty good lab here and lots of solutions, but none of them provided us with this kind of information. Once again, the information on central nervous system fatigue opened completely new doors for us and we had a few cases where the actual source for CNS fatigue was family-related and we found it out only after seeing this kind of fatigue pop up frequently enough we understood it couldn’t be training-related anymore. This prompted us to have a heart-to-heart dialogue with the player to find out if other things were happening in his life, and in these particular cases we found out causes that couldn’t have been detected just by looking at our data on training loads.

OW: We have heard several times from our clients how videogames pose a new risk to the Readiness of players. Do you have this issue?

BM: Definitely. Everyone here, head coach included, understands now how much these things in players’ lives can impact their readiness to play. In fact, oftentimes we saw that the reason why a player didn’t perform on the pitch was not caused by physical fatigue but by mental. This is why we paid special attention to all possible factors that could have a detrimental impact on CNS level: video games, proper sleep, etc.

OW: How easy has it been to take this information and use it in practice, given that you have 20+ athletes on the team and a very busy schedule every day?

BM: We haven’t had any issues, in my opinion. For the data collection, we dedicated a room where players could go and lie down in a calm environment. Once the measurements were taken, we would go through it quickly with the technical staff to come to the right training conclusions. Additionally, since the test is done at rest, it was very comfortable for all our players and we didn’t get any significant resistance from them. We also engaged with the players actively regarding their results and what they should do and/or avoid on that particular day in order to improve their physiological state.

OW: Did the players show an interest in their data?

BM: Absolutely. In fact, as the season went on, we started having players who didn’t have the Personal unit asking us when they could get one too. So there was definitely an interest from them.

OW: How has the Head Coach used the information? What did you do to convince him of the benefits?

BM: Well, before anything, we showed the system to him and explained what it did and what were the benefits. We also made it clear that we are not trying to do his job and decide which player to take off the pitch and which one to put in. We would simply provide him with more objective information to facilitate his decision-making process.

Giving the information on the players’ Readiness levels becomes all the more important when more individuals in the opening eleven are showing fatigue. So, imagine if only one player didn’t have optimal readiness versus four athletes being in that state. In the latter case, you will surely see changes in performance if all of them were expected to push for the full 90 minutes. Thus, in order to help the head coach, we would be able to give him precise information on the optimal substitutes from the physiological readiness point of view.

Actually, I can tell you a story on how I showed this to him for the first time. We had four players who showed a state of fatigue before the game. I put their names on a piece of paper, put it in the head coach’s locker, and told him that he could check those names after the game and compare them to the names he had in his mind based on real performance observation from the match. The coach ended up pulling three players off the field during the game that were also on that piece of paper. Once he saw that after the match, he was convinced. Furthermore, from that moment on, he insisted on measuring each player on game day, before the match.

OW: What has been the biggest change in the way you train your players thanks to the information that Omegawave provides?

BM: The biggest change has been knowing what type of training load we can assign to any given player. Concretely speaking, one critical example is our maximum intensity days. Thanks to Omegawave we could count on doing that kind work only with players who showed perfect recovery and thus could handle that kind of stimulus without an elevated risk of injury.

Moreover, I can say that Omegawave was a critical piece this season in helping us win the national championship. The Brazilian Série A league is very intense and very long with lots of matches, but thanks to this information, we actually had the lowest injury rate in the whole league (65 injuries on average in a Brazilian Série A team versus 22 in Corinthians) and the highest availability of top players for each match in the whole league. We also calculated that on average each Brazilian football club in Série A spends around 4,5 million real per year on recovery activities. However, at Corinthians this year we spent only 1,7 million real, which is a significant economic savings. I can say that the management level of our club was extremely happy with these results.

(For more, read Destination: Brazil, on Omegawave’s visit to the country prior to the 2014 World Cup)