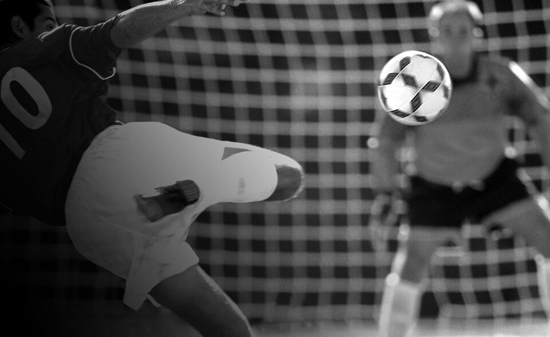 Michael Lindeman’s highly-regarded career has followed a course through the elite reaches of professional soccer: serving as the fitness coach for Olympic Team Saudi Arabia, Grasshopper Club, Young Boys Bern, FC Luzern, HSV, AFC Ajax, and the Polish National Team before moving on to a stint as assistant coach with Fulham in the English Premier League. First introduced to Omegawave in 2000, Lindeman has earned a reputation for his innovative approach to scientific training methods and his success in keeping players on the field — during the coach’s seasons with Ajax, the club appreciated a dramatic reduction in injuries.

Here, Lindeman shares some of his thoughts on training with the Omegawave system.

I. Adapting To A New Technology

In the beginning, I widely used it [Omegawave] with injured players. I made a name for myself with fast returning injured players, who came back stronger and fitter than before. By then I’d discovered that every player needed a different approach: some players could do a new session the next day, while others needed an extra day.

I learned the hard way, by trial and error. In one case, after a day off, a player showed a low CNS reading — he felt fine and he’d just had the day off, so he started training and came back injured. He said he didn’t focus for a bit and then twisted his ankle during a speed and agility exercise. Later, I found out that his “day off” was spent busy house hunting with his wife, which had drained him mentally.

II. A Philosophy For Managing Recovery:

If you get in your car and the empty light lights up, you know that soon you’ll have to refill your tank. You have enough fuel to drive two blocks to the supermarket, but not enough if your goal is to drive a longer distance to a different city. For that — to have an optimal journey — more things have to be ready and prepared: gas tank, reserve tank, oil, working pedals, a clear and undistracted mind, etc.

We’ve learned that certain types of training need certain recovery times. Nowadays, we know that more systems (central nervous system, cardiopulmonary, detox, hormonal, metabolism) have to be optimal to strive for homeostasis and are ALL therefore important if you are prepared and ready to train. The functioning of those systems determines what kind of training can be given and adapted to at that specific moment.

III. What It’s All About:

Omegawave allows me to get insight into my players’ stress and recovery cycles. Also, the measurements show how the players individually adapt — not only to the demands of training, but also to competition, extensive travel, and other stress factors.

When I began using Omegawave, everybody was skeptical, but I knew that Omegawave was ahead of the game. Nowadays, you can’t watch the final of some sport without Omegawave playing a role with one of the teams — and Omegawave is still working hard every day to get better and improve.

IT’S ALL ABOUT READINESS !!!