It’s underway: the cascading fireworks, the soaring kite, the flaming cauldron, all the anticipation and pageantry of the Sochi Games have now given way to the speed, daring, and creativity of the competitors out on the ice and snow. Just weeks before sisters Justine and Chloé Dufour-Lapointe took the podium for Canada’s first gold and silver medals of these 2014 games, we had an opportunity to speak at length with Stephen Norris, PhD, the current Vice President of Sport for WinSport Canada.

Making his final preparations for the Olympics, Norris was busy at work in a brand new, $300 million training complex in Calgary. In addition to helping manage the standing facilities from the 1988 Winter Games, Norris has been charged with bringing together the diverse sports medicine, sports science, and coaching disciplines to form an elite institute of Winter Sport, with the end goal of leading Canada’s High Performance programs to consistent success on the global stage.

“Like anyone else, the first time I went through [the Olympics] there was a lot of getting caught up in the moment and the excitement and the rush, all those type of things. But then to do one’s job as a sports scientist, you really have to steel yourself in terms of that emotion,” says Norris. “There’s a great phrase I was taught many years ago: When under pressure, breathe, think, breathe, and act.” 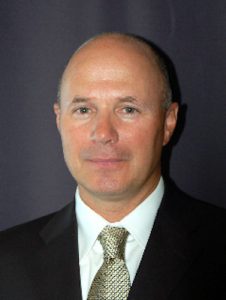 Easier said than done: Norris measures his own job performance on a concrete scale of world championships and Olympic medals — projecting athletes across quadrennials and decades to do so — causing each pressure-packed moment of competition to reflect hundreds and hundreds of hours of preparation.

“Those breathe points are really to make sure — not that you relax — but that you calm yourself. And that’s also a message for the athletes. It’s not so much relaxing under pressure, it’s calming under pressure,” Norris continues. “And so, yes it’s very exciting, it’s the culmination, you want to see the fruition of all the work — but at the end of the day it’s all about executing to the level you need to get to. That’s the whole concept of performance on demand: anytime, anyplace, anywhere, under any conditions, you get to the performance level that’s required.”

Pursuing that goal of “performance on demand,” Norris has used Omegawave with his athletes for over a decade, starting with the original laptop device and now integrating new wireless applications of the technology. In particular, during our conversation he focused on an upgraded version of the Pro System he utilized with the Canadian women’s hockey team through the months of preparation for Sochi.

“We use it routinely every seven-to-fourteen days on average, and now, because of the portability, we’re using it with even greater frequency,” Norris says. “Particularly on the road — [the women’s national team] has a very extensive travel schedule both at the international level as well as playing domestically, so we use it to really let us know two things: the real state of Readiness and the impact of overall stressors, whether it’s life, whether it’s travel, whether it’s training, what have you.”

“Also, we use it to tell us when we’ve done some training and we expect to have a particular impact… have we indeed got that impact? Have we put that dent into someone?” Norris continues. “For example, we did some strength training very recently and we were able to use blood test data in conjunction with our Omegawave to say ‘yes, we’ve got some fatigue present here, but it’s to be expected because of this training we did’ — and you can even see the directional nature of the training effect. And then we’ve been able to watch as the fatigue and the impact of the training has washed-out, and their Omegawave profile has improved. So, we really use the tool as a descriptor and a predictor of what we expect to see.”

When reading and interpreting the results within a large team setting, Norris recommends splitting parameters into thirds, assuming that for any given training roughly a third of the athletes will be coping well, a third will fall into a middle range that shows a measurable (but not necessarily undesired) effect, and then there will be another third “that are very challenged, likely due to a lack of a particular physical work capacity.”

For his High Performance teams, Norris defines “excellence” as the ability to execute:

Consequently, when moving from those broader groupings to an individual assessment, Norris pays particular attention to the athlete’s central nervous system scores.

“The CNS component in that Readiness portfolio as we come to it from the metabolic component and the stress index and the fatigue adaptation, these are very important for us. And that ‘state of affairs’ of Readiness around the central nervous system is extremely important, because we know when that is impacted there’s not a chance in hell we’re getting to a greater performance,” Norris says. “The other things that come into play for us are around the ‘stoplight scenario,’ when we look at the parasympathetic and sympathetic balance. And also the difference between those polarized groups of athletes, those that are far more parasympathetic dominant compared to those that are sympathetic dominant.”

“That’s important to understand because the type of stimuli that’s required to really boost them to get to a higher level of Readiness — some people shy away from doing hard work at times, and for a particular athlete, that might actually be extremely beneficial to do. With others, you absolutely just want to rest them. And that’s one of the issues around the CNS: when you start to get real serious dents put into the central nervous system, there’s little recourse other than to give passive recovery to help that. So, again, the system has a great capacity to give us a real individual picture of each athlete rather than just saying ‘we’ve got a squad of twenty-five hockey players and we treat them all the same.’”

Though Canada’s High Performance teams identify and embed promising young athletes, WinSport supports youth programming that focus on a broad range of activities rather than rigid specialization. To that end, Norris cites ESPN’s Tom Farrey as an influence, pointing to the work Farrey has done as the director of The Aspen Institute’s “Project Play,” which focuses on systematically improving recreational sports participation for kids aged 6-14. 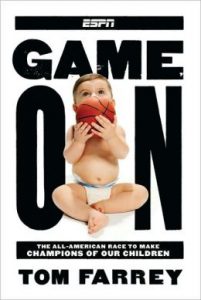 “It’s been conclusively shown that injury-rates in youngsters who specialize in one-sport are at phenomenally high levels and there’s a vast amount of research at both the peer-reviewed level of research as well as the pop-science you see in the media,” Norris says. “So, we know that for a fact. The other aspect is — aside from a few outliers — the people that truly win at the highest level in the vast majority of sports (by that I mean the ones where people want to peak somewhere between 20-40 years of age), they’ve all played multiple sports and they rarely specialized before the age of fifteen.”

“They play much more seasonally, and they build — if you will — a smorgasbord of basic movements as well as sports-specific skills,” Norris continues. “They open their minds to decision-making and creative play, they’ve often had large amounts of unstructured play and activity, and they’ve not necessarily taken part in lots of age-group competition.”

One of the foundations of Norris’s approach is that kids benefit from playing a wide-range of sports until the teen level, at which time — based on ability, passion, and seriousness — they can begin whittling down from five to three to finally one focal sport.

“People often quote that 10,000 hours over ten year rule, and I’m not saying it’s necessarily that, because people count different things. But if you look at the career of the athlete, what is often attributed to their direct training… people only see the tip of the iceberg, they don’t see the vast majority of the work that went on for ten to fifteen years before they actually get to the level that we actually see them at,” Norris says. “That’s where people don’t see the multitude of sports and other physical activities that get it done, whether it’s music or dance or gymnastics or team games where you play games that are different in the summer than in the winter. People forget those types of things.”

In addition to his motto that “every child is an athlete,” Norris has also been involved with the Canadian Sport For Life program, which promotes a healthy approach to physical activity throughout adulthood. While discussing adult amateur and recreational competitors, we had the opportunity to ask Norris one of our most frequently asked questions from self-coached athletes using Omegawave Personal:

If I have a half-marathon or a triathlon or a road race forthcoming, when should I stop taking my own assessments?

“My own view is that the more you can learn about yourself the better,” Norris responds. “So, in the normal course of events and you’re using certain aspects of competition as part of training to benchmark, I would say that you should be looking at the data as close as you can to competition.”

“But I buy that when the big ones come — because you don’t want that distraction, and because you’ve rehearsed the type of training and the type of feel, and you understand how you feel in relation to what has been previously demonstrated with Omegawave’s objective information, then you can start to leave it behind even as much as a week before,” Norris says. “But from my standpoint, I think we need to have athletes that have a little more resilience and can cope with things because there are not that many times when you’re going to be absolutely one-hundred percent. So that’s where it comes back to the idea of performance on demand: you need to be able to get to a performance level, dig to that level, have that resolve, no matter what condition you’re in.” 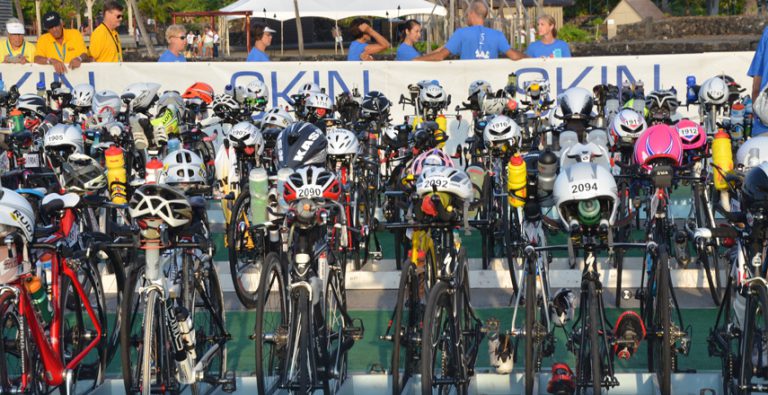 “There’s a point where you start to marry physiology with the psychological aspect, which brings up that question of whether or not to show data if people psychologically can’t handle the information — good or bad.” Norris says. “But my overall advice as you approach a major event is that you should start to be able rehearse and repeat a stability as you come into the competition. So, depending on how you’re periodizing and getting more sophisticated, maybe you’re only stabilizing 48 hours out, but as you get better maybe you’re starting to stabilize at 96 hours out. So if you know what you look like at 96 hours, and you know what to do over the next few days, then you don’t necessarily have to go back and do your measurements. Because you know what you’ll be.”