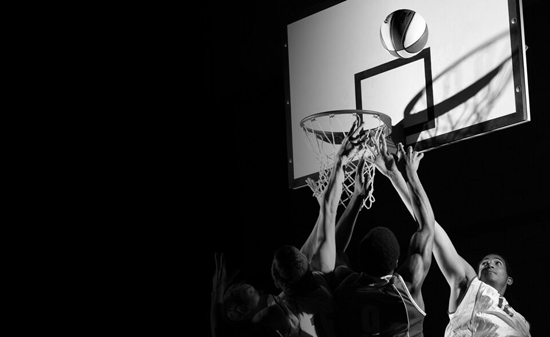 “First and foremost, I think the biggest thing I came to grips with was that nobody cares how much you know until they know how much you care,” says Jay DeMayo, talking about the many lessons he’s learned leading into his eighth year as the Strength and Conditioning Coach for the men’s basketball team at the University of Richmond. “If you’re not willing to invest yourself completely for the student-athlete, then it doesn’t really matter how educated you are or what sort of technology you’re able to access. They’re not going to care what you do.”

The same passion that drives DeMayo to become a better coach also characterizes the Richmond Spiders, who’ve come out of Virginia to make three NCAA appearances in the past decade, reaching the Sweet Sixteen as a twelfth-seeded underdog in 2011. For all DeMayo’s professional certifications, he still has to balance those credentials with the fact that he’s working with student-athletes at a rigorous liberal arts university — young men learning to navigate a period that’s both wide-open yet packed with responsibilities.

“The next biggest thing was starting to understand that everything they do stresses them,” DeMayo says, discussing the development of his holistic approach. “There’s a lot more to it than just the thirty minute individual four days a week and 6 hours of training: there’s school, there’s social stuff ranging from friends to family to significant others, whatever it may be. There’s all sorts of crazy things that add to and take away from their ability to adapt and recover. And when you can take a step back and look at those things, you can see how important understanding that is. Because where you once would start to see people falling apart, now you can accommodate to these situations.”

For the past three seasons, Omegawave has been one of the tools DeMayo uses in order to step back and evaluate the effects of those multiple stressors, saying the system “provides what we can’t get from our eyes.” That vital information becomes one more resource in a philosophy where DeMayo constantly pursues new ways to train smarter, keeping in mind that the primary goal is always better performance.

“The third most important thing I’ve learned is giving them as much as they need, not as much as they can handle,” DeMayo says. “When it comes to exercise or training, it’s not a matter of ‘what can these kids push through.’ Eventually you’re going to run out of wood to pound the nail into. It’s a matter of ‘what’s the dosage you need to give them for them to improve.’ And after you get to that, then why do you need to go further? Why do you need to tap into reserves that don’t need to be tapped into?”

Maintaining those reserves has become increasingly important as changes in NCAA regulations have expanded the amount of off-season access coaches have to their athletes, so that basketball players at Richmond are now engaged in team-based activities as much as 40-44 weeks out of the year.

“Their specific team workload has increased exponentially in the past 24 months, so a key now is just understanding the give and take aspect and how much stress these kids can handle on top of dealing with classes and everything else. It’s a lot on them. So, it’s figuring out what they can handle, what they can adapt to, and what they can move on from.”

Like most NCAA basketball programs, at Richmond the practice season peaks across September and October and this fall the Spiders pounded through a stretch of 30 practices in 42 days. During those demanding weeks, DeMayo makes use of every form of technology at his disposal.

“We also work with a heart-rate monitor,” DeMayo says. “I think that’s really important. I think GPS is the next realm — when it becomes feasible for people other than multi-billion dollar professional sports franchises and the Big Six conferences to be able to utilize that, I think that’s the next step for everybody. But right now, looking at training loads through heart rate responses, looking at the time they spend over anaerobic threshold because we know how taxing that is… looking at recovery, between training bouts or in practice… if they consistently get a minute break for water, is their heart-rate still coming down to a similar percentage or to a similar number, or is it getting better? Or is it getting worse? Why is it doing one or the other? How can we figure things out? What do we need to either back down on or add to and take away from something else in order for these kids to… for the lack of a better word, survive, let alone improve.”

DeMayo claims that Richmond’s Omegawave system quickly proved worth its weight in gold for identifying athletes with “cardiac function issues — as in legitimate medical conditions.” Beyond those critical early assessments, one of the challenges facing DeMayo is that Richmond runs a “Princeton” style system, an on-court philosophy that emphasizes interchangeability and the idea that every player should be capable of filling every role on offense and defense. Though this requires less specialization by position, DeMayo needs to prepare athletes with a diverse range of body types and maturity levels for that physically demanding style of play.

“My 5’8” point guard obviously needs to be handled differently than our 6’10” center, and there’s all sorts of differences that we look at,” says DeMayo. “Elasticity versus being more of a ‘strength-jumper’. Kids that are grossly explosive and weak versus kids who are core-strong and maybe don’t move as well. Kids who are super-wound-up anaerobic guys and kids who can handle more work because they’re aerobic. We’ve had groups of kids when they come in, their resting heart-rate ranges are twenty beats different — so how are you going to handle their energy system development or their conditioning based on the actual functioning of their bodies?”

In order to get the best performance out of athletes across this wide-spectrum, DeMayo utilizes the diagnostic tools available to him and avoids forcing players to conform to a “one-size fits all” methodology.

“We’ve got some guys who are juniors who are ready to be more advanced than fifth-year guys, we’ve got some freshmen who are ready to be more advanced than some juniors,” DeMayo says. “It’s awesome because our biggest group right now is just five guys, and I’m lucky right now to have a great assistant with me and we’re able to say ‘all-right, we may have five guys here, but these two are ready to go do X and these two need to go do Y and this kid needs to go do Z,’ and we can pinpoint this stuff with these kids where we can literally move everyone at their own speed with what they’re ready to do at that exact time.”

In the constant cycle of adaptation, as soon as DeMayo thinks he might know what his players are ready to handle, on come all the life, love, and study problems waiting to weigh down student athletes who have to compete both on the court and in the classroom.

“Life throws random things at you — a death in the family or girlfriend issues,” DeMayo says. “And now what we were doing that was helping the kid all of a sudden isn’t because there’s this completely different stressor thrown at them. (Omegawave) is a huge asset to be able to truly monitor and identify situations that are arising. When it comes to your fitness training, it’s huge. You can look at a bunch of different things and understand where you need to be and what you need to be doing and how you need to be handling it — or, even better, what you shouldn’t be doing to handle it. To me, that’s priceless.”

Jay DeMayo has been the Strength and Conditioning Coach for Men’s Basketball at The University of Richmond since 2005. He is also a coach at Nova Aquatics, and you can read more about him online at CVASPS.com (Central Virginia Sports Performance).