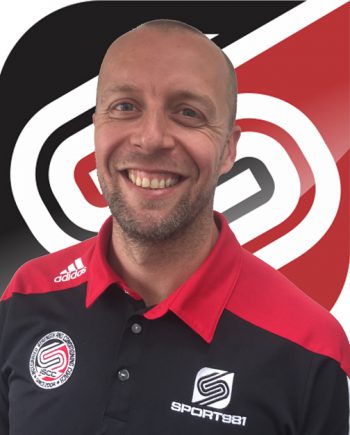 [Gareth Hall is the Co- Founder and Head of Athletic Development and Performance at Sport981, a UK-based organization dedicated to developing progressive training strategies and supporting high-performance.]

Omegawave: Can you describe a recent example of an athlete or team that has sought your help in addressing specific performance issues?

Gareth Hall: With winning margins becoming so tight, athletes and teams are always looking for an advantage, they want that winning edge: preparation and readiness. We do, however, have athletes and teams that come to us for performance deficits, inconsistencies and re-occurring injuries.

Recently, an organisation approached us to work with them at a time when the coaches and their group of athletes were leading into a world-stage competition. At this point, it is important to recognise that these athletes had already advanced towards the end of a pre-planned preparatory cycle; consequently, performance-based solutions required a considerable level of appreciation for the journey to-date, as well as a high level of integration and collaboration to ensure a performance impact.

OW: What did the Omegawave data and other assessments tell you about these athletes?

GH: As in all our programmes, we chose to use Omegawave as a tool to understand how the athletes were responding to the current training plans while also using the data to build a cohesive relationship and develop strategies with the coaching team. Additional physical assessments included metabolic, strength, speed, power, movement etc.

Initially, the data from Omegawave showed that the athletes were experiencing large regulatory responses to training despite the dose of the physical/mental stress being relatively low—certainly less than they would encounter at a world-stage competition (with the intensity and volume of competition, heat and adverse conditions, repeat back-to-back performances, and also the range of media, social and psychological pressures). In addition to this, during the same pre-planned training sessions we also saw large variations in compensatory reactions from different athletes within different regulatory systems (some showed predominant variations in DC Potential, while others displayed more significant changes in HRV).

These observations—coupled with additional external markers of performance—became important in forming our overall key performance indicators for the squad and individualized approach to each athlete.

An example of full-squad performance indicators would be:

Examples of the types of changes within the Omegawave data we believed would support the required performance (and therefore wanted to achieve concurrently with physical and technical performance):

GH: There are some limits on the details I can provide (out of concern for both privacy and specific sports strategy), but from a purely physical perspective, one of the consistent requirements of the athletes was to improve their ability to deliver and utilise oxygen. Enhancing this particular quality would enable greater fatigue resistance and better their overall “trained state” (the biological cost of competing would decrease).

Having a limited time to develop these adaptations, we sought to maintain parasympathetic tone towards the upper limits of normal for the competition period, knowing that we would have above-normal responses after sessions designed to develop their physical abilities (pre-comp stages). Understandably, regulatory variability was a concern given the required improvement, lack of time, and the need to meet competition needs with positive regulatory responses.

With regards to the actual intervention plan we used whilst trying to obtain these adaptations, we adopted several complimentary approaches. They included:

Omegawave was instrumental in the coaching process, both as a vehicle to have more and better discussions as well as a means of informing the team on progress.

OW: After their training with Sport 981, what results did you see with these athletes both in terms of their sports performance and their ability to adapt to their competitive environment?

GH: At the performance level, the results were a very successful competition for the organisation.

The best and most consistent performances were obtained by those athletes who met the requirements to compete at that level, while also doing so in a way that supported internal regulatory responses (see sample athlete data provided in fig 1, 2, 3). These athletes chose to fully engage in all aspects of the coaching journey, and with these athletes we could adopt a more fluid approach to both technical and physical training sessions. This included:

The following figures are an example from an athlete who performed well with this fluid approach (The data displayed is observed scores using Omegawave norms. A trend line has been added for simplicity, as opposed to how others may want to use this information to make day to day coaching decisions or more detailed statistical analysis):

Conversely, those athletes who chose to maintain their original preparation cycle and not utilise the additional support offered, while they demonstrated improved external physical and/or technical abilities, they were not able to successfully match that with overall positive internal regulatory responses (one or more of the regulatory responses was not positive on the day of competition or on the trend into competition).

The following graph is from an athlete who used a more traditional, periodised approach and did not perform as well as expected:

Figure 4 shows a declining DC trend (this athlete’s HRV and energy-supply index (a more longitudinal measure) looked more normal). Despite efforts from the backroom staff, this athlete chose to continue on the periodised training plan to which they had become accustomed. As such, they had a reduced level of technical and physical interaction relative to those who engaged in the more fluid approach (using readiness data). Unfortunately, this athlete competed on the lowest recorded DC measure for the previous 65 days (with HRV and energy-supply indexes both normal). As a result, the Windows of Trainability on game day looked like this (observe the yellow CNS half-circle compared to the full green Cardiac circle, and Windows of Trainability closed for power and reduced for coordination):

Compare the above to an athlete who was more successful in competition:

Unfortunately, despite being able to produce performances while in reduced states of readiness, for the athlete in question this perhaps contributed to their early exit from the competition.

OW: How do these athletes and their responses compare with other athletes you have worked with, and what do you feel are the key take-home points from a coaching perspective?

GH: We are fortunate as a business and as a group of coaches to have used Omegawave with a large array of athletes in different sports and at different levels of skill mastery. The athletes in this particular situation displayed similar responses to other athletes in other sports.

From a front-line coaching perspective, we hold the internal regulatory responses that Omegawave collects as an important part of the overall coaching and decision-making process. That same data has also proved to be invaluable in building interdisciplinary collaboration, in particular between the technical, physical and psychological coaches. The key points that I believe are worth highlighting from this case—as well as from the experiences of our other athletes—would be: