Since opening the doors in 2005, Roland Laurense has spent the past decade operating the Laurense Academy in Amstelveen, the Netherlands. The tennis program primarily serves younger athletes—ranging from high-level players who train daily to less competitive youths learning the fundamentals of the sport—while also maintaining a recreational clientele encompassing all age groups. In order to better understand the biological response to training of their younger athletes—particularly those with heavy training loads—Laurense began integrating Omegawave assessments into the Academy’s training process.

Omegawave: How have you been able to incorporate Omegawave into the lives of these young athletes?

Roland Laurense: In the beginning, we ask them to measure three times a day, every day, which helps us get to know the player. We do one assessment in the morning, another before training, and the last one just before they go to bed. We do this to understand if they are a “morning person” or an “evening person,” as well as tracking how their individual recovery pattern goes and so on. 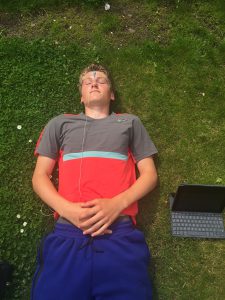 Let me actually tell you more about two of our young talents. Both of them have really busy schedules: One of them trains around 6 hours every day, whereas the other first has a full day at school and then comes to us to train for approximately 3 hours every evening.

The second player, the one with the school commitment, often had a low score in his CNS index—showing that particular functional system was already tired from school stress.

OW: When you saw these results in the player’s CNS, did you apply any specific interventions to stimulate that system?

RL: Unfortunately, we don’t have an ideal situation with him since his training times are not flexible. The fixed schedule actually proved to be the biggest challenge, as we were limited in the way we could modify his scheduled training load and apply different interventions.

What we have tried, however, is modifying his warm up and introducing some “fun” elements into the training to alleviate the problem and stimulate his CNS. So, the goal was to get him relaxed before introducing the training elements that required more concentration.

We also used the information given by the Windows of Trainability to focus on specific things. As an example, his Speed & Power window might be completely closed while his Endurance will remain partially or fully open. Based on that type of readiness, we would change our session to reflect his biological state and design a tennis practice to tax his endurance side while not pushing him on the speed and power side. I am sure there are other interventions we could have done, but so far this is what we have tried.

OW: Did you actually see that low CNS readiness impact his performance on the tennis court during practice?

RL: Yes, we did. We would even see it just by observing him when he came in, from the way he walked and talked.

OW: What have you noticed via Omegawave with your young player who trains daily?

RL: Luckily, we are fully flexible with him and can train him whenever and however we want. So, with him we were really able to use the Omegawave information to optimize his entire training. The challenge we actually had with him was getting his body to step outside its comfort zone. He was constantly in the green and we also observed that his heart rate during practice stayed below anaerobic threshold all the time, even when it seemed he worked out really hard.

This also made sense as his aerobic capacity and endurance are enormous, but to challenge his conditioning and help improve even further we obviously needed to break his homeostasis sometimes. His strength as an endurance athlete comes as no surprise, however, since he comes from a family of Olympic level swimmers—I think he was born to be talented on the endurance side. 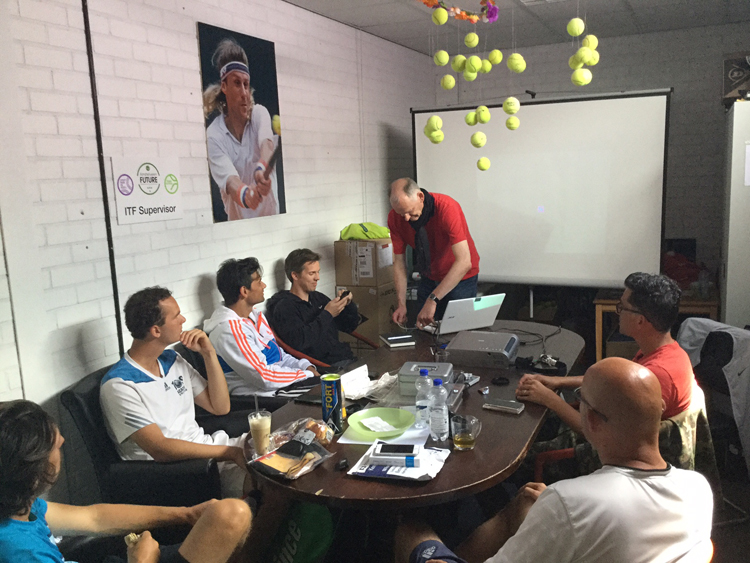 Anyway, thanks to the Omegawave and in-exercise heart rate data, we were certain that sometimes we needed to push him over the aerobic edge (with respect to heart rate): to accomplish this, we designed specific drills, including sprint work. We were pleased to see it worked, and the athlete even reported a higher sensation of fatigue than usual after these types of training sessions.

OW: In addition to these promising young players, do you also use Omegawave with your adult clients?

RL: Yes, we do. As a matter of fact, one of our most interesting experiences with the technology came from that type of client. This man has a full-time job in the police force and practices tennis with us on a regular basis. I wanted to measure him with Omegawave, so one day I asked him to come with me and take an assessment. After the first data collection, all his windows were red and I said I must have made an error or something with the test, so let’s do it again. So we re-tested, and the second time around the results were exactly the same: all windows in the red. I told him that doesn’t look very good, man! The client still claimed he felt good and ready to train, but I told him that he should take this information seriously.

To cut the story short, he ended up going to train with one of my coaches. Unfortunately—but predictably—the training didn’t go very well as he was missing a lot of balls and screaming and getting irritated at everything. After training we sat down with all the athletes in the group and he started telling us more details about his job. We learnt that he sees a lot of suicide victims as part of his occupation, and while he knew it is a tough job mentally, he thought his mind could handle it and that he wouldn’t really be that affected by it. After seeing the Omegawave results, however, he started having second-thoughts and told us he would probably be better off by going to his boss and telling him he is not okay and needs some intervention to deal with this mental drain. I later learnt that he did in fact get a professional consultation, and is now getting psychological help to help him better cope with the stressors of his job.

For me, that was a massive thing because for the first time we were able to help a client address a chronic situation that was actually causing him physiological problems while he thought he was perfectly fine, or at least fully capable of dealing with this stress on his own.

OW: As a coach, do you feel there is value to having this type of data? What is it that you are able to do better thanks to this information?

RL: First of all, we work with both private clients and also with group clients. In a group setting, this kind of information is crucial, since you don’t get to know each person as well as you do when training them one-to-one. Omegawave helps me as a coach to better understand each individual in a group setting, so ultimately we can better individualize their training even if they remain in that group format. I think this is why this type of information is critical for professional teams, such as football teams.

The other advantage is changing the way the athlete thinks and approaches his lifestyle and training choices. This kind of information basically makes them think about their life and the choices they make, especially if they see yellow and red.

Overall, Omegawave simply gives you more objective information to work with, so you and the athlete can make better and more precise decisions.