Before the pro-style gyms, before the full-time training staffs, young athletes need to survive one of the most crowded and competitive environments imaginable: high school. All those rapidly changing bodies, facing test after test with the entire future hanging in the balance. San Diego-based personal trainer Drew Cooper is devoted to bringing rational guidance and stability to this chaotic time, and he shows how simple the first steps can be — all it takes is a little space and a plan.

“Most of these kids are over-stressed, over-worked all the time,” Cooper says, while giving a tour of the home garage he’s adapted into a fully-functioning gym. “It’s been really mind-opening to me because I used to get them in and, BAM, let’s get to work: I only get to see you for an hour so I’m gonna beat you up. But now I’m realizing they’re coming in already beat-up, so I need to bring them back to normal.”

Getting back to normal is a process Cooper understands — he developed a passion for power-lifting after rehabbing his neck and shoulders from injuries suffered in an auto accident. On the long road to regaining his core strength, Cooper voraciously read the training advice and methodologies from Landon Evans, James Smith, and Mark McLaughlin, discovering new ways to approach his own training goals. After getting a taste of collegiate strength and conditioning through an internship at San Diego State, Cooper realized that he preferred to work independently, guiding even younger athletes. Now, he trains a corps of highly-motivated local teenagers, athletes preparing to make the jump to college football and lacrosse as well as several players who’ve been recruited by European soccer organizations.

“We always hear that the youth of today do nothing but play video games, surf the web, eat junk food and generally are all lazy, which believe me is completely true for a portion,” Cooper says. “On the other hand, the other side of the coin is a group of young athletes that are competing year round, on multiple teams, with multiple coaches, traveling cross country and just never stopping.”

With no end in that perennial season, where does a coach or trainer begin? Since early this past summer, Cooper has been using the Omegawave Pro System as a foundational tool for starting athletes on a new training program.

“We test everyone the first day they come in to get a baseline. I try as hard as I can to get them to come in on a weekend — when they’ve had a chance to sleep in — so it can be a more normal base. It doesn’t always work that way, but that’s the goal. We’ll start out with the test and get their numbers and a lot of what I look at immediately while they’re here is resting heart rate, aerobic index, and central nervous system, because all of them are speed-power athletes. So it’s just to see what they look like.” 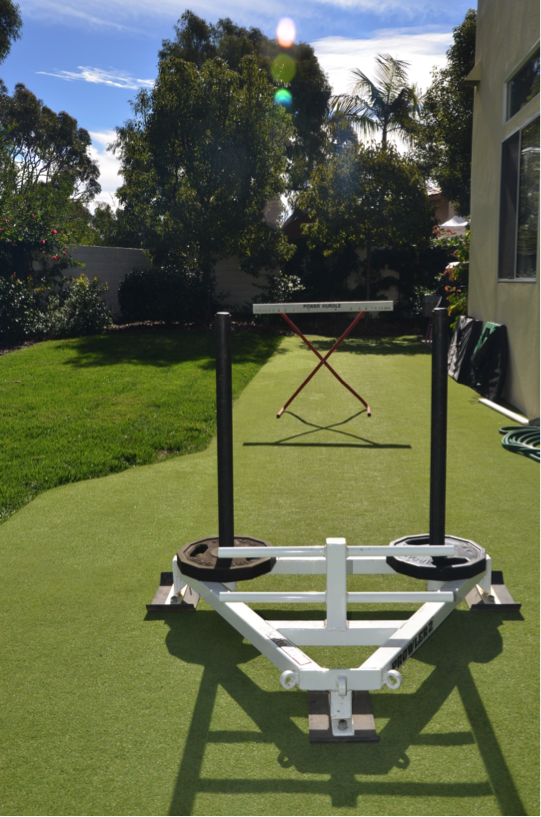 “From there, typically I have to do a lot of very basic general strength work and very basic, low-intensity aerobic work: bring their heart rates down, shift their autonomic tone, and get them to a more relaxed point,” Cooper explains. “We’re trying to bring them back with a lot of the work I give them. I lot of what I do is very general, very basic: the med-ball circuits, the tempo work, the cardiac output work on the bike, it’s all to bring them back to a more recovered state. Because I see them overworked all the time: CNS is down, heart-rate’s up, sympathetic system is elevated, everything’s not where you want it to be.”

According to Safe Kids Worldwide, one of the consequences of failing to bring kids back to normal is that “overuse injuries” are responsible for nearly half of all the sports injuries suffered by middle and high schoolers. In addition, the organization conducted a national survey that concluded:

“Nine out of 10 parents underestimate the length of time kids should take off from playing any one sport during the year to protect them from overuse, overtraining and burnout. According to The American Academy of Pediatrics (AAP) and the American Orthopaedic Society for Sports Medicine (AOSSM), children should take 2 to 3 months, or a season, away from a specific sport every year. Young athletes are encouraged to take at least 1 day off each week from organized activity.”

In order to address injury prevention with his student-athletes, Cooper often begins by drawing a clear correlation between over-training and diminished performance.

“If, for example, you continue to overload the neuromuscular system with more and more intense loads,” Cooper says, “then you start to see this breakdown. The nervous system depletes and decreases, sympathetic tone increases, increases, and increases, and all of a sudden you see this kid who can’t jump, can’t sprint, and yet he’s going to go play three games on the weekend. And then you see an injury — or a strain, or something they don’t call an ‘injury’. But they’ll play through it at a lower level, which is an interesting thing. Along with the tests, we give the kids a questionnaire and one of the questions is ‘have you ever been injured?’ And they’ll say ‘no, no, no’. Then, ‘have you ever been to physical therapy?’ ‘Oh yeah, I was rehabbing for four weeks, but I never missed a game.’ And I’m saying ‘okay, then how’d you play’ and they’ll say ‘not so hot.’ So we try to make these connections, to understand that if you’re better prepared and if you let yourself recover, you’ll play better. Give yourself a shot at a higher level of performance rather than just more and more and more.”

That same Safe Kids survey reported that nearly half of all the coaches in their sample admitted to feeling pressured by either a parent or the child to play an injured youth, while 30% of the children responded that in their opinion good players should play hurt until forced to stop by a parent or coach. Within that hard-driving culture, it’s challenging to get across the idea that less sweat can produce greater success.

“No one likes to rest,” Cooper says. “No one likes to say ‘I’m not going to squat my max today’. Or I’m not going to sprint because my body’s telling me I’m not ready. I come in and I’ve got a 36-inch vertical, then tomorrow I have a 28-inch vertical — something’s not right, so you have to back off. Learning to back off the gas pedal’s a big thing with over-driven high school kids — they all want to make it to college.”

Keeping the focus on optimizing performance is one of the ways Cooper gets that message across, as the constant fatigue of year-round practices and games can prevent certain athletes from reaching a higher level.

“This is why physical prep is so important,” Cooper says. “We get a chance to structure things in a way that can allow for enough rest to improve our maximums, thus making the game speed (or operating speed, as James Smith puts it) a smaller percent of the new max. For example, if I can run at 9 meters per second and game speed is typically at 7, I’m running at about 77%. But if I bring my max speed up to 10 meters per second through training, I’m now running at 70% intensity during the game. You can effectively increase capacity by increasing the maximum… while at the same time forcing your opponent to run faster and possibly fatiguing them quicker.”

Among their many qualities, teenagers have a remarkable ability to selectively tune out adult voices, and Cooper understands that “it’s all about how I can get these kids to listen to what I’m saying and not just be another parent saying eat your vegetables, get a good night’s sleep.” In order to convince his athletes to incorporate that necessary cycle of rest and recovery, now Cooper has more to rely on than his words alone.

“Omegawave’s been a big part of that conversation,” Cooper says. “Because it’s no longer my opinion: it’s a number. Players, coaches, physical therapists, doctors, they’ll all respect a number a lot more than they’ll respect me saying ‘look, you’re just not doing what you should be doing’ and it’s my opinion versus their opinion. So, their numbers say ‘you were here, and now you’re here — you just dropped three levels or your index dropped 10 points or your nervous system went from optimal to garbage… that’s not good.’ And they’ll kind of look at me and go ‘okay, that makes sense.’”