The second installment of the ITU World Triathlon Series landed in San Diego, California from the 17th to 20th of April, and we were there sharing the atmosphere and sheer excitement of the race week with elites and age groupers alike.

Over 1500 age group athletes participated in the Olympic distance triathlon and the aquabike, and over 700 age group athletes took part in the sprint and high school competitions. Paratriathlon was another popular discipline with 150 excellent athletes taking part. It was as if the weather itself shared the excitement of the race, settling down at pleasant temperatures that were just right for the event.

We participated in the elite athletes press conference, where Rob Urbach, the CEO of USA Triathlon, reiterated his vision of holding an ITU race on the US soil, and the bid for the ITU Grand Final in 2015. Barrie Shepley, the voice of ITU, introduced me to Mr. Urbach after the conference. We took our time to discuss the excellent opportunities Omegawave offers to elite triathletes at the World Triathlon Series and to the general triathlon community in the areas of injury prevention, reaching peak performance at the right time, as well as optimizing their overall training.

Elite athletes took the stage after us to express their expectations for the race day, as well as their opinions on the recent Boston Marathon bombings and the effects of that terrible act on the whole triathlon community. Alistair Brownlee (UK) was a little apprehensive coming into the Saturday’s race, but managed to overcome his nervousness later in the day. Felicity Abraham (AUS) commented on her string of injuries over the previous years and how that affected her race preparations. Sarah Groff (USA) and Matt Chrabot (USA) expressed the excitement of racing on their home soil. 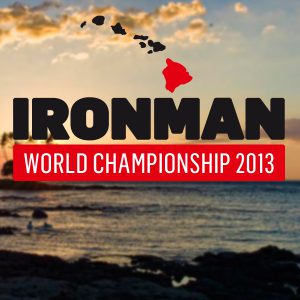 Getting on with the event, every athlete was offered a chance to get the Omegawave assessment at the expo booth. Many took the opportunity to check their readiness before the race and witness the effects of the race on their body by testing themselves after the event. Even some of the elite athletes took the chance to visit the booth and learn about Omegawave.

The elite female and male races were held on Friday and Saturday respectively. Both events were packed with excitement and fast-paced action, as the USA’s Gwen Jorgensen and UK’s Alistair Brownlee emerged to win the gold. Omegawave stood up to their title of the main sponsor and awarded special prizes to both winners.

The age group athletes were spread into different groups on Saturday morning, filling the racing track with a never-ending flow of athletes that continued for hours. The race day was a great success and a perfect example of flawless event management. Omegawave would like to say special thanks to the experienced organizing team and all the volunteers who put their time into making the Omegawave ITU World Triathlon San Diego a success.

Overall, we are very satisfied with how the event turned out, and are grateful to the triathlon community for letting us share and experience such an event. We are looking forward to meeting you again in the near future!